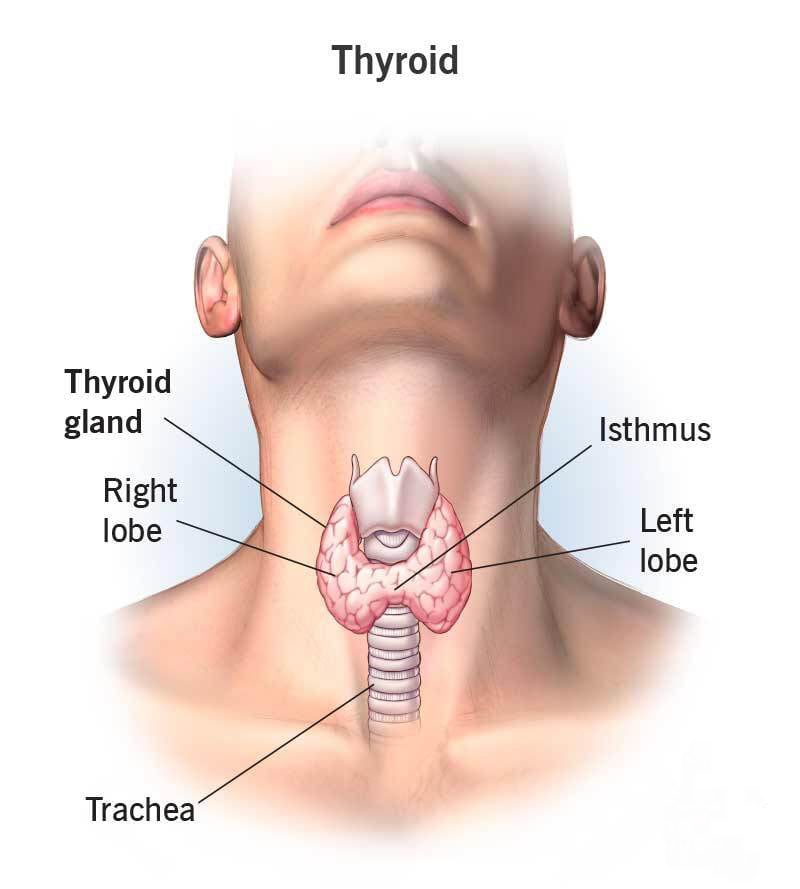 MCQ on THYROID GLANDS class 12 Biology with answers were prepared based on the latest pattern.We have provided class 12 Biology MCQs question with Answers to help students understand the concept very well.

Endocrine glands lack ducts and hence are called ductless glands.
Their secretions are called hormones.
The classical definition of hormone as a chemical produced by endocrine glands and released into the blood and transported to a distantly located target organ has current scientific definition as follows:-
Hormones are non – nutrient chemical which acts as intercellular messengers and are produced in trace amounts.

The endocrine glands and hormone producing diffused tissues/ cells located in different parts of our body constitute the endocrine system.

Pituitary ,pineal, thyroid, adrenal , pancreas , parathyroid , thymus and gonàds are the endocrine bodies in our body.

The pituitary gland is located in a Bony cavity called sella tursica and is attached to thalamus by a stalk.It is divided anatomically into an adenohypophysis and neurophysis.

Neurohypophysis also known as posterior pituitary, stores and release two hormones called oxytocin and vasopressin ,which are actually synthesized by the hypothalamus and are transported axonally to neurohypophysis.

1. The thyroid gland is composed of

2. Thyroid gland is located at either side of the

3. The thyroid gland is composed of

4. T4 and T3 hormones are secreted by

5.Which mineral is essential for normal rate of synthethesis in the thyroid.

6. Enlargement of thyroid gland cause

7. Creatinism is caused due to

(a) hypothyroidism
(b) hyperthyroidism
(c) both a and b
(d) Aldosterone

8. In adult women, menstruatual cycles may becomes irregular due to

(a) hypertension
(b) hypothyroidism
(c) hyperthyroidism
(d) all the above

11. Thyroid hormones play an important role in the regulation of the

12. The hormone promote the process of red blood formation.

13. Which hormone help in the maintenance of water and electrolyte balance.

15. Which hormone control the metabolism of carbohydrates ,fats and proteins ?