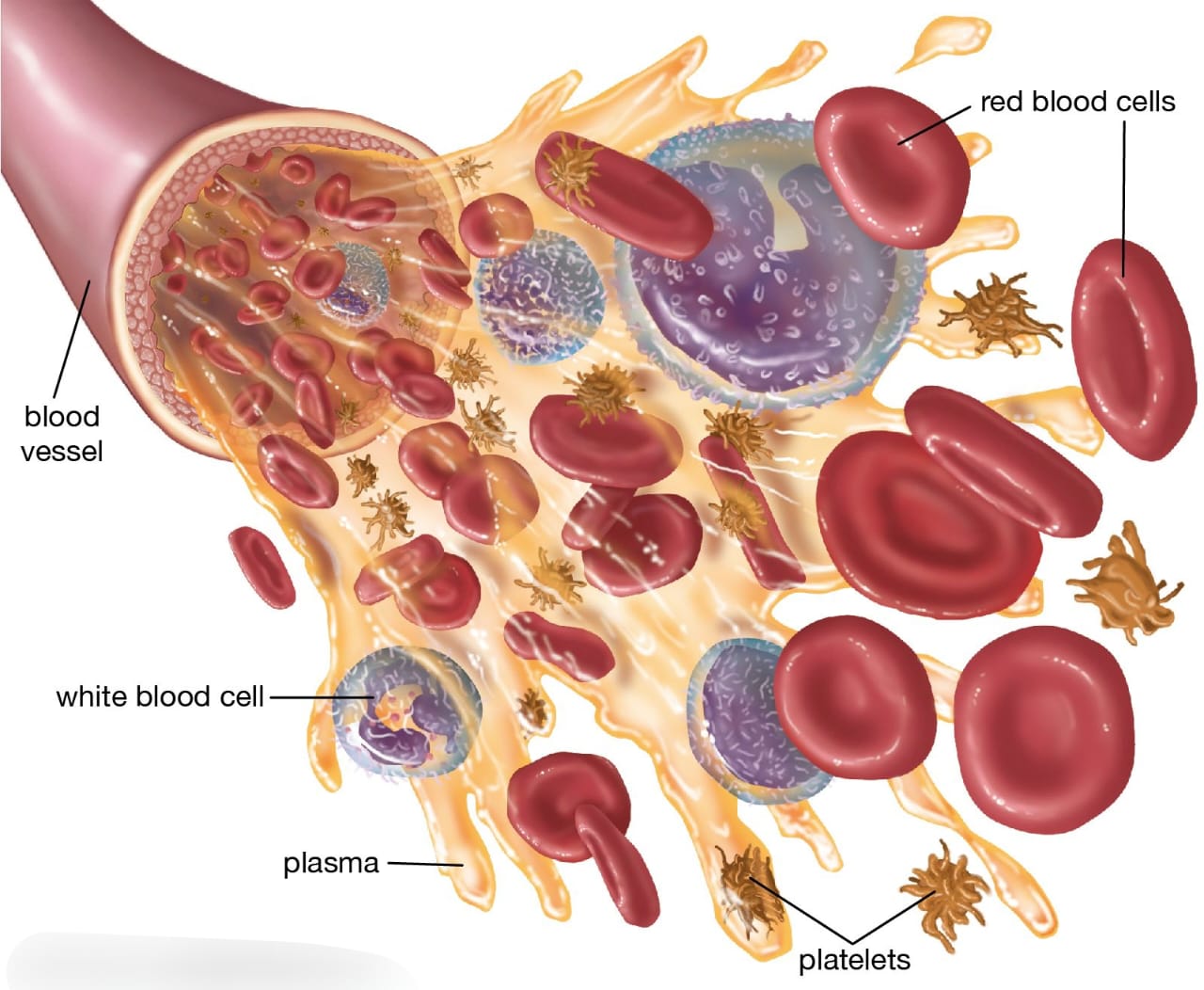 MCQ on BLOOD CORPUSCLES class 12 Biology with answers were prepared based on the latest pattern.We have provided class 12 Biology MCQs question with Answers to help students understand the concept very well.

INTRODUCTION:-
Blood is the most commonly used body fluid by most of the higher organisms including humans for this purpose. Another body fluid lymph also help in the transport of certain substances.

Plasma is a straw coloured viscus fluid constituting nearly 55% of the blood.
90-92 percentage of plasma is water and proteins contribute 6-8 percentage of it. Fibrinogen, globulins and albumins are the major proteins.

Fibrinogens are needed for clotting or coagulation of blood. Globulins primarily are involved in defense mechanisms of the body and albumins helps in osmotic balance.

MCQ ON BLOOD CORPUSCLES 12 for NEET

1. Formed elements are constituted of

(a) erythrocytes
(b) leucocytes
(c) platelets
(d) all the above

Ans (d) all the above

2. It is formed in red bone marrow in adults.

3. RBCs of mammals are

Ans. (a) devoid of nucleus and biconcave.

(a) neutrophils
(b) eosinophils
(c) basophils
(d) all the above

(a) lymphocytes
(b) monocytes
(c) both a and b
(d) neutrophils

8. Most abundant cells of the total WBCs.

(a) Neutrophils
(b) monocytes
(c) basophils
(d) all the above

(a) Neutrophils
(b) Monocytes
(c) both a and b
(d) basophils

10. Which corpuscles are involved in inflammatory reactions ?

11. The corpuscles are associated with allergic reactions.

12. The blood components which are responsible for immune response of the body.

14.Megakaryocytes are special cells found in

16. Which blood components play a significant role in transport of respiratory gases.