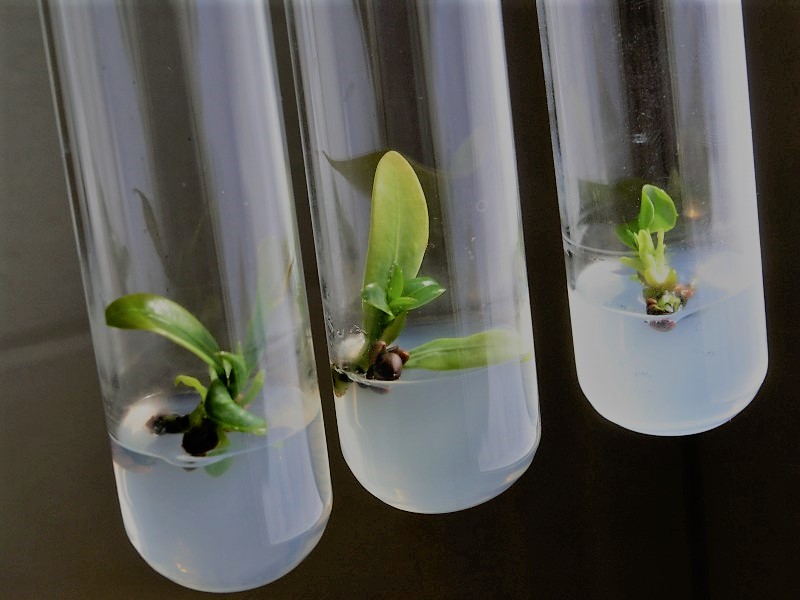 Introduction:
Plant tissue culture is the technique of in vitro maintaining and growing cells, tissues and organs etc and their differences on artificial medium under asceptic conditions inside suitable containers. Tissue Culture technique watch first practiced by Haberlandt in 1902 and Hanning. Is traditional breeding techniques failed to keep pace be demand and to provide sufficiently fast and efficient system for crop improvement under technology called tissue culture got developed.
It was learnt by scientist during 1950 that whole plants could be regenereted from explants, any part of a plant taken out and grown in a test tube, sterile conditions in special nutrient media. This capacity to generate a whole plant from any cell / explant is called Totipotency. Important to stress here that the nutrient medium must provide a carbon source such as sucrose and also inorganic salts, vitamins, amino acids and growth regulators like auxins, cytokinins. By application of these methods it is possible to achieve propagation a very large number of plants in very short durations. This method of producing thousands of plants through tissue culture is called micropropagation.

1. The capacity to generate a whole plant from any cell explain its called

2. The method of producing thousands of plants tissue through tissue culture is called

3. Any part of a plant taken out and grown in a test tube under sterile conditions in a special nutrient media is called

4. Each of the plant which is produced by micropropadiation will be genetically identical to the original plant from which they will grown, they are

6. The ability of somatic cell to produce the complete organism for example parenchyma cell

7. No zygotic or somatic embryo like structures which were produced in Vitro culture and have ability to form full fledged plants.

8. The concept of cellular totipotency was first given by

9. The entire vegetatively produced descentdents of a somatic cell are collectly calles

10. An individual member of a clone is called

11. Who developed the technique of haploid culture .

12. Plant part that is excise from the original and each for initiating a culture is known as

13. Pomato is a somatic hybrid developed between

14. Culture is a technique of taking out young embros from developing seeds and their growth on culture medium to form seedlings and then young plants. Embryo culture is used in

15. Useful genes from others sources can be introduced in plant cells through genetic engineering, they are called

17. Meristem culture is used in

18. Final stage of tissue culture before new plants are taken out for cultivation is

(a) micro propagation
(b) hardening
(c) embryogenesis
(d) All the above

19. Bomato is somatic hybrid between

20. Ine tissue culture shoot formation in callus can be induced by

21. To obtain virus free healthy plants from a disease one by tissue culture technique which part of the disease plant will be taken

Ans.(b) Both apical and axillary meristems