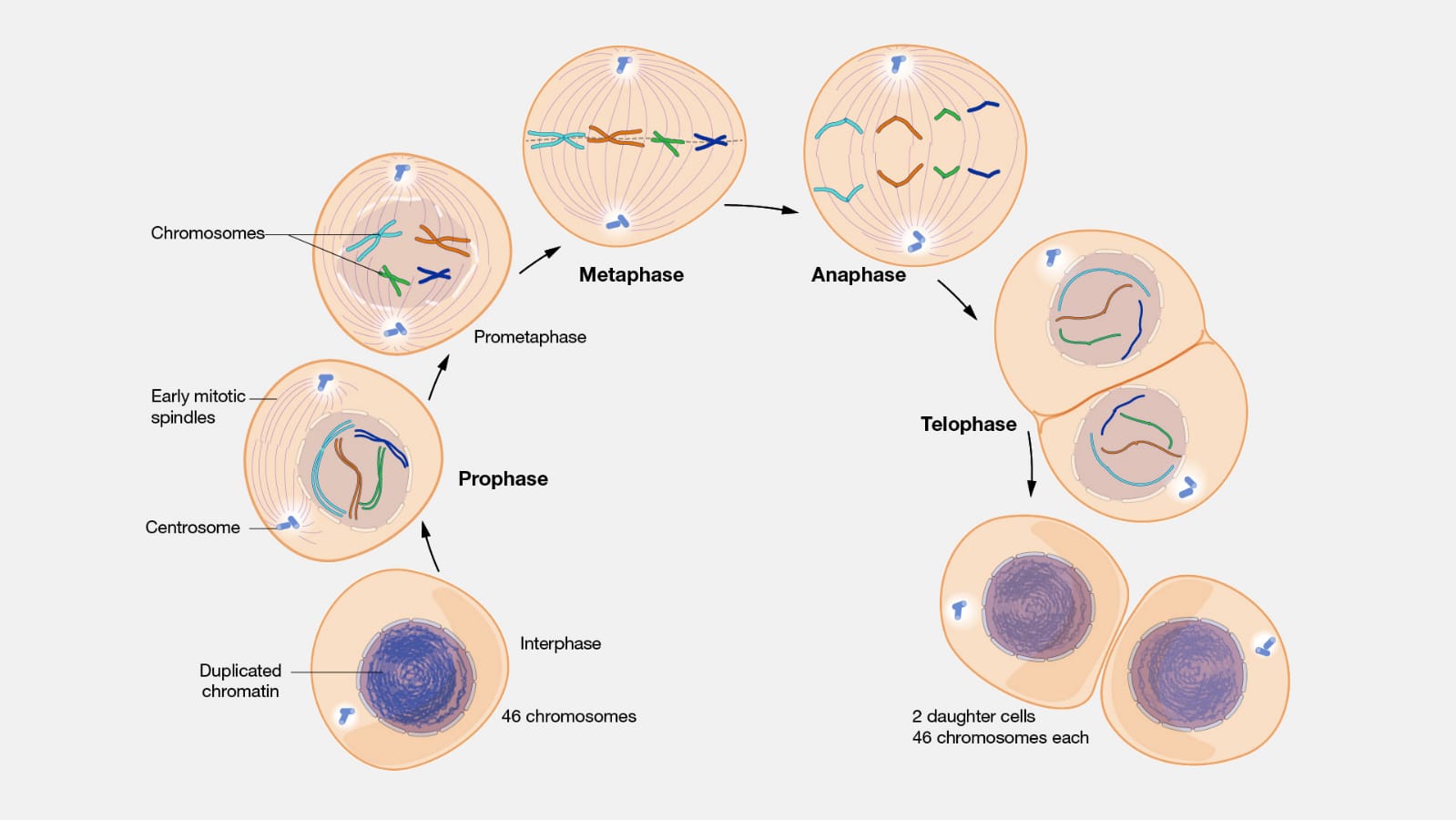 MCQ ON MITOSIS class 12 for NEET

MCQ on MITOSIS class 12 Biology with answers were prepared based on the latest pattern.We have provided class 12 Biology MCQs question with Answers to help students understand the concept very well.

INTRODUCTION:-
Mitosis is called somatic division because it occurs during formation of somatic or body cells.Mitosis is studied in plants in the region of meristems, e.g.stem tip, root tip.In animals it is studied in bone marrow , skin , base of nails , etc,.

Mitosis is equational division in which a parent cell divides into two identical daughter cells , each of which contains the same number and kind of chromosome as are present in the parent cell .It is centric in animal cells and acentric in plants.Mitosis occurs in two steps karyokinesis and cytokinesis .

Karyokinesis : – It is the stage of nuclear division ( indirect nuclear division ) which is continuous but it is divided into four stages for the sake of convenience – Prophase , metaphase , anaphase and telophase.

cytokinesis :- it is the division of cytoplasm of a cell undergoing karyokinesis to form two daughter cells .It begins towards the middle of anaphase and is completed simultaneously with the complexion of telophase.Non occurrence of cytokinesis produces multinucleate coenocyte or syncytium .

MCQ ON MITOSIS class 12 for NEET

1. Where can we study mitosis ?

Ans (a) Nail base

2.Spindle fibres are formed of

3. Mitosis is absent in

4. Which of the phase of mitosis is the longest ?

5. In mitotic metaphase , each chromosome is

6.In mitosis , nuclear envelope and nucleolus disappear during

7. Recombination nodules are found in during

8. In metaphase I chromosome are in

9. In metaphase of mitosis , the chromosome

Ans. (c) line up at the equator

10. In mitosis, the number of chromosomes

12. Fibroblast cells in our body are those that arrested in

13. Chromosomes are least condensed during

14. A diploid living organism develops from zygote by repeated

15. How many mitotic divisions are needed for a single cell to make 1024 cells ?