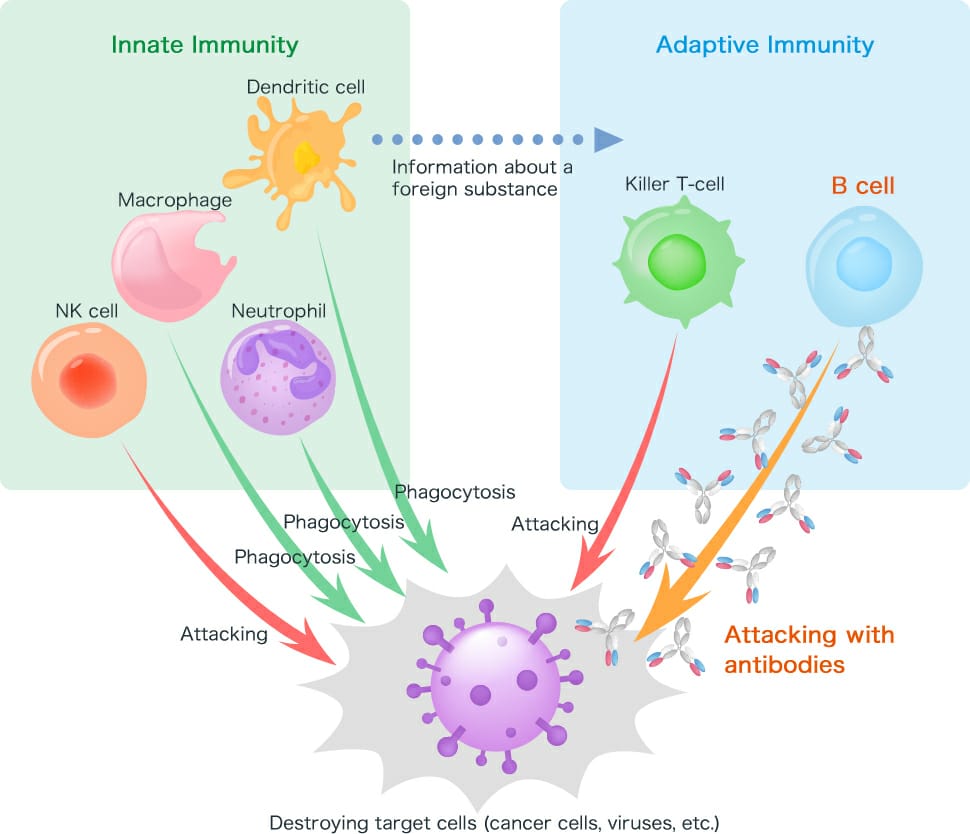 MCQ ON IMMUNITY class 12 for NEET

Introduction:
Everyday we are exposed to large number of infectious agents however only a few these exposes result in disease why this is due to the fact that body is able to defend itself from most of the foreign agents this over all ability of the host to fight the disease causing organisms conferred by the immune system is called immunity. Each of two types innate immunity and acquired immunity. Innate immunity is non specific type of defence that is present at the time of birth .This is a accomplish ed by providing different types of barriers entry of foreign agents in our body. innate immunity consists of four types of barriers, these are physical barriers physiological barriers cellular barriers and cytokin barriers. Acquired immunity on the other hand is pathogen specific. Characterised by memory.

MCQ ON IMMUNITY class 12 for NEET

1. Passive immunity is obtained through injecting

2. Immunity acquired after an infection is

3. Humoral immunity is due to

4. Both B cells and T cells of immune system are produced in

5. Study of interaction of antigen and antibody in blood is

6. Antibody formation and immunity production by globulin protein is found in

Ans.(c) is formed by WBC

9. what is induced in vaccination ?

10. Antigens are found in

11. A molecule that produce an immune response is

12. Short live immunity acquired by foetus infant from mother during placenta/ milk is

13. A person is injecting with Gammaglobulin iagainst hepatitis b

14. Treatment of snake bite by antivenom is providing

15. Father of immunology is

16. Grafted kidney may be rejected in a patient due to

18. Which are physical barriers to provide in Innate immunity

19. Which are the physiological barriers to provide innate immunity

20. When readymade antibodies are directly given to protect the body against foreign agents it is called