MCQ on GIBBERELLINS class 12 Biology with answers were prepared based on the latest pattern.We have provided class 12 Biology MCQs question with Answers to help students understand the concept very well. 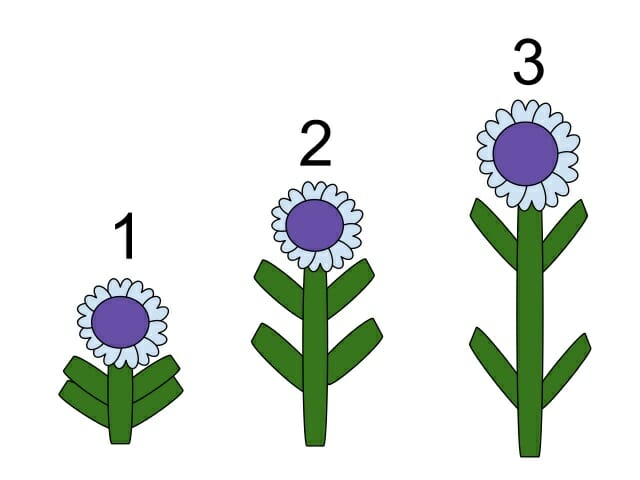 MCQ ON GIBBERELLINS class 12 for NEET

Plant growth hormone which enhance the longitudinal growth of stem when applied to intact plants. However Gibberelins do not enhance the growth of isolated plant parts.

The presence of merismetic cells is necessary for the elongation growth caused by Gibberellins.
Gibberellins were discovered by Japanese plant pathologist Kurosawa.

Reversal of Dwarfism :-
One of the most striking effects of the Gibberelins is the reversal of dwarfism in many genetically dwarf plants. Rosette plants of sugar beet when treated with GA3 undergoes marked longitudinal growth of axis.

Substituting the cold treatments:-
Many biennials usually produce flowers in the second year of growth after passing through a winter season. Sach plants can substitute the requirement of cold treatment and made to flower in one year by the treatment of Gibberellins .

2. They produce wide range of physiological response in the plants

4. The hormone cause fruits like apple to elongate and improve its shape.

5. The hormone which delay senescence.

6. The hormone which is used to speed up the malting process in brewing industry.

7. Spraying sugarcane crop with …………the increase the length of the stem.

8. Increasing the sugarcane yield by as much 20 tonnes per acre.

Ans.(a) Internode elongation just prior to flowering in beet.

12. The plant hormone promotes many plants with rosette habit.

13. The fruit can be left on the tree longer so as the extend the market period.

14. The hormone involved in the regulation of synthesis of florigen of the plant.

15. The Gibberellins were named after a fungus.

16. Who reported appearance of symptoms of the disease in uninfected rice seedlings when they were treated with sterile filtrate of the fungus the active substances were later identify as Gibberelins acid