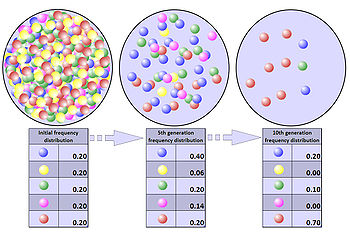 Introduction:
Evolutionary biology is the study of history of life forms on earth.To understand the changes in flora and fauna that have occurred over millions of years on earth , we must have an understanding of the context of origin of life , of stars, of earth and indeed universe itself.This is the story of origin of life and evolution of life forms or biodiversity on planet earth in the context of evolution of earth and against the background of evolution of Universe itself. Evolution is revealing of hidden potential ties that bring about an orderly change from one condition to another.Cosmic evolution deals with the sequence of changes that occur in inorganic matter and its evolution. Darwinism or theory of natural selection is a theory of organic evolution which states that newly species evolve over a long period of time through accumulation of small variation which provides organisms overs structural and functional superiority over others In their survival and differential reproduction. A species may have several populations in a random change in allele number and frequency in a gene pool due to chance. Genetic drift variabilities also limited it leads to fixation of certain alleles and elimination of others. Chance factor mein increase the frequency of a trait which may or may not have any adaptive value.

1. The random change in allele number and frequency in a gene pool due to chance is called

Ans. (b) small size of population

3. Genetic drift is caused by

4. The effect of genetic drift are

5. Due to genetic drift a different genepool and a different population change in phenotypic forms forms a new species such mechanism of speciation is called

6. Reduction in allele frequencies during the brief reduction in size of population is called

8. Genetic drift is found in

Ans.(a) small population with or without mutated gene

9. Random genetic drift in a population probably results from

10. In random mating population in equilibrium which of the following brings about change in gene frequency in non directional manner

11. Concept of genetic drift was introduced by

12. Chance elimination of allele from a small population is an example of

13. Maintenance of genetic equilibrium is known as

15. A brief reduction in size of population due to natural calamities leads to random genetic drift. For this statement identify the correct example

16. Variation in gene frequency within population can occur by chance rather than by natural selection. This is referred to as

17. Random unidirectional change in allele frequencies that occurs by chance in all populations and specially in a small population is known as

18. Which one is sewall wright effect

19. Which mechanism of evolution affects genetic makeup of a population

20. Occurrence of non beneficial alleles in heterozygous genotype is

21. Gene frequency in a population remains stable unless and until there is