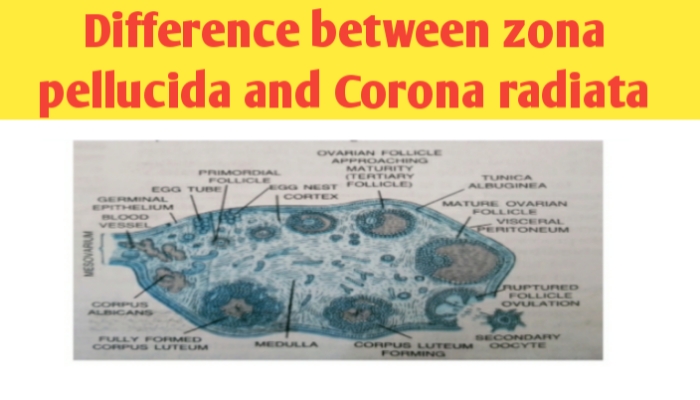 What is zona pellucida and corona radiata?

Zona pellucida is the thick non-cellular, made of glyco protein layer surrounding the plasma membrane of mammalian oocytes, it is a vital constitutive part of the oocytes and secreted by both oocytes and ovarian follicles follicles while corona radiata is define as the surrounding layer of zona pellucida made of glycoprotein and composed of cells that care for the egg when it is emitted from the ovary.

What is the difference between zone pellucida and corona radiata?

This question is very important for class 12th biology students those who are preparing for CBSE board/ state board and other competitive medical neet examinations.

2. Zona pellucida prevents entry of additional sperms to the ovule while corona radiata protects the ovum and provides protein to the ovum.