Blood clotting process is a natural device to check the excessive loss of blood from an injury caused to the body. The process of clotting of blood is initiated by blood platelets and the injured cells release substance that attract the blood platelets.

in clotting process of blood they gathered at the stick to the inside surface of blood vessels and their clumping is enhanced by ADP adenosine diphosphate. the mass of aggregated blood platelets alone may physically plug cut in a very small vessels.

● Platelet can plug small cut itself in response to the injury, tiny cells in the blood called platelets are activated. The platelets stick to one another and to the wound site to form a plug.

● formation of Fibrin clot is completed by clotting factor proteins trigger production of fibrin, a strong, strand-like substance that forms a fibrin clot, a mesh-like net that keeps the plug firm and stable. Over the next several days to weeks, the clot strengthens and then dissolves as the wounded blood vessel wall heals.

Thromboplastin is a lipoprotein secreted from Blood platelets when injured blood vessels comes in exposure to collagen fiber which help in blood clot formation. Clotting process of blood or clot formation consists of mainly three phases

1) formation of prothrombin Activator :- thromboplastin helps in the formation of an enzyme prothrombinase. this enzyme inactivates heparin that is natural anticoagulant material present in our body which secreted from mast cell of liver and also convert the inactive plasma protein prothrombin into its active form thrombin being both the changes require calcium iron and blood coagulating factors 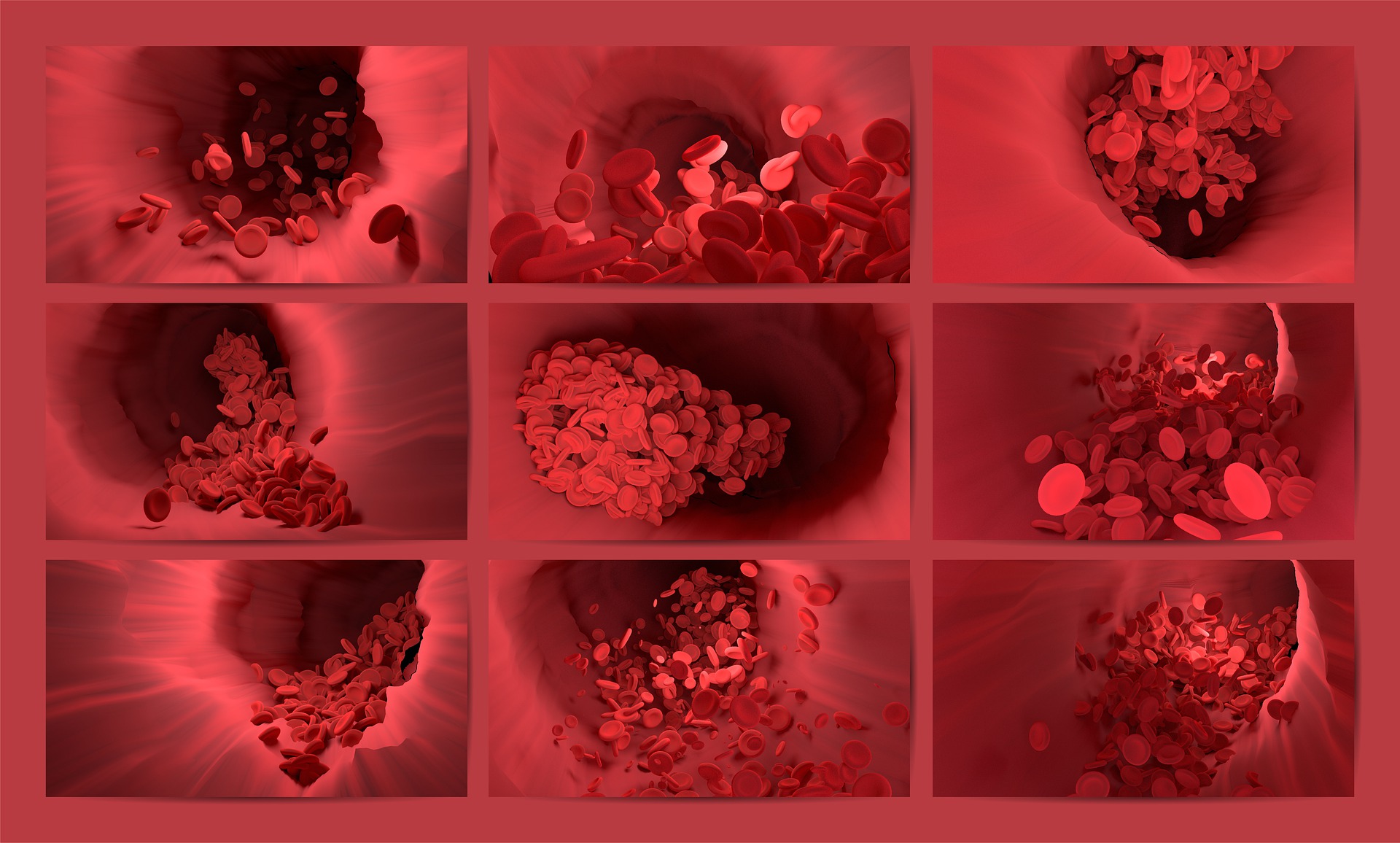 What is blood clotting process ?

this extrinsic Pathways clotting process of blood starts from release of thromboplastin lipoprotein molecules from Blood platelets of injured tissues.

5) polymerization of fibrin monomer:- the fibrin monomers polymerized in the presence of active coagulation factor xiii to form long stick fibres. The fibrin threads form a fine network over the wound and trap blood cells like red blood cells, white blood cells, blood platelets to form a crust that is known as blood clot.

The blood platelets also polymerize actin and myosin into contractile apartus. the latter contracts and the clot become relatively firm and solid. The part of blood plasma in the clotted area is squeezed out as clear fluid material known as blood serum, serum is Plasma axcept that it lacks fibrinogen and blood cells it is therefore unavailable for clot.

Clotting factors present in the blood

Vitamin K is necessary for the synthesis of prothrombin in the liver, if vitamin K is inadequate in the diet or is not observed in the intestine, blood clotting becomes inefficient. this produce symptoms similar to those of haemophilia and which is described as lack of haemophilic globulin or to lack of thromboplastin molecules.

A substance that checks the clotting of blood in blood vessels is known as anticoagulant material. blood does not clot in uninjured vessels due to the presence in it of a strong natural anticoagulant such like heparin produce in the mast cell of liver. its check the change of prothrombin into thrombin.

And another natural anticoagulant material name is hirudin occurs in The Saliva of leech it prevents clotting of victims blood in the leech crops, another Sodium and potassium oxalate are the also anticoagulant and they participate calcium iron which prevent clotting.