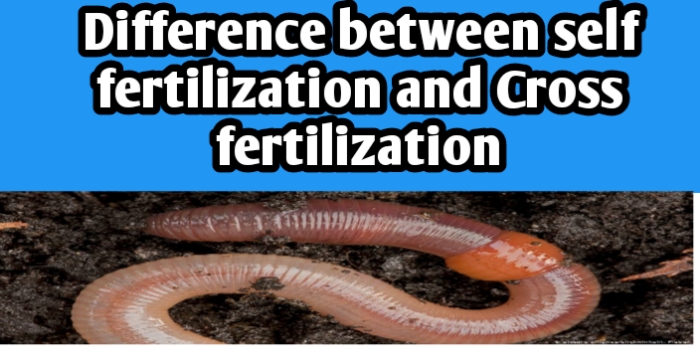 Earthworm is also bisexual animal, but there male and female gametes develop in different gonads of same parent which mature at different time so self fertilization is not possible in earthworm although it is bisexual animal.

1) it is also known as endogamy

3) it is uniparental fertilization

4) it is very rare process

5) it is found in Species Taenia solium

1) it is also known as exogamy

4) it is very common type of fertilization

7) its biological fitness is high and shows genetic variability.